“Carpe diem” (“Seize the day”) relates to the Jim Morrison quote I used in my last post. “No ‘Eternal Reward’ will forgive us now for wasting the dawn.” Seizing the day is how we avoid “wasting the dawn.” April 1, 2013 here in Richmond, VA was Spectacular with a capital S. Due to unexpected juggling of my schedule I was able to enjoy the fine morning at Pony Pasture with Turner and Mackey. Not the dawn (I wasn’t quite that motivated) but a nice part of the morning.

My last blog post was on Monday, March 25. Although some blog viewers were not heartbroken, that post didn’t have any pictures of enormous diesel locomotives. One old caboose and an old railroad sign, but no locomotives. Two days later I was at the CSX tracks in Richmond with an old buddy and we got to see a very large and very dirty 6,000 HP CSX locomotive. CSX calls this a “CW60AC.” The manufacturer (GE Transportation) calls it an AC6000CW. This time of year they’re still running through a lot of sloppy rain and snow; this one is very messy: 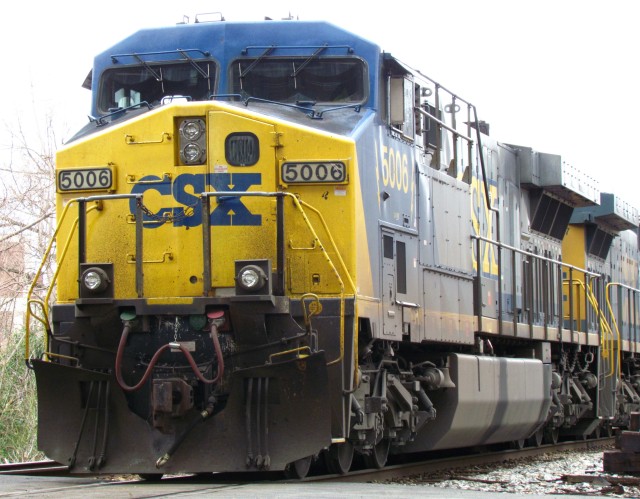 One day later (sorry to jump around) I was walking the dogs. It was clear and bright and the moon was about to be full (officially on Wednesday, March 27 at 5:28 AM). So Tuesday night when we got in from our walk I pointed the camera up and took this picture: 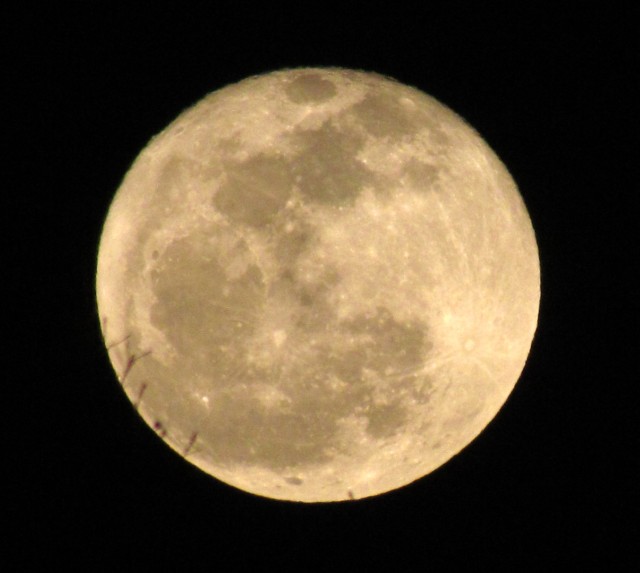 Anyway. Now for the stunning first day of April at Pony Pasture. A day meant to be seized if ever there was one. We were tipped off about the beauty when we went in the driveway to get in the car. 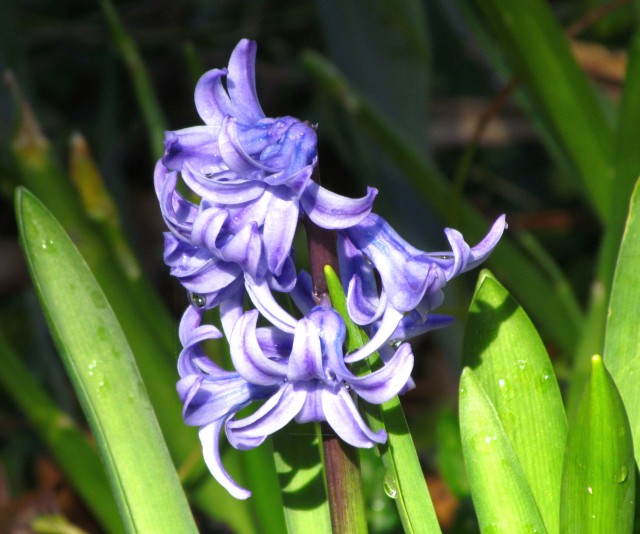 The sight is nice – but the smell is indescribable

You know it’s a spectacular day when the weeds look like they’re smiling: 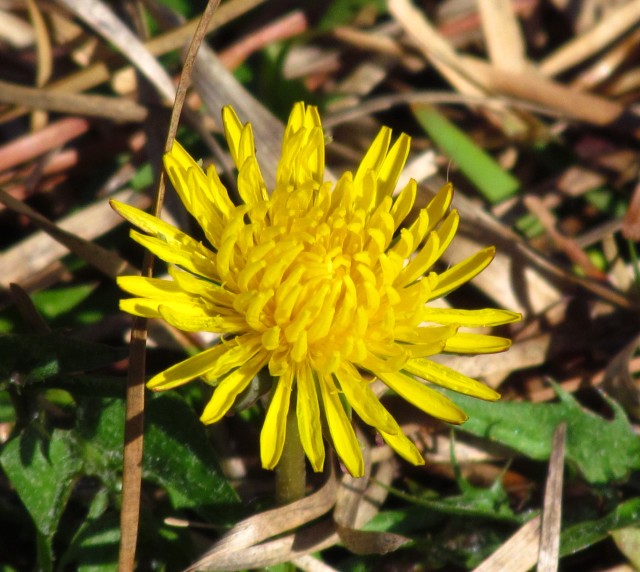 So we finally stopped staring at the yard and got to the river. Where I was surprised to see a pair of buffleheads – still on the upper James River in April! I thought this was a straggling pair staying late for the season. Until we walked down to the other end of the park and saw a flock of at least fifty. I don’t know what this means about climate change. I suspect it’s just a random seasonal variation within the realm of statistical probability. I never get tired of them: 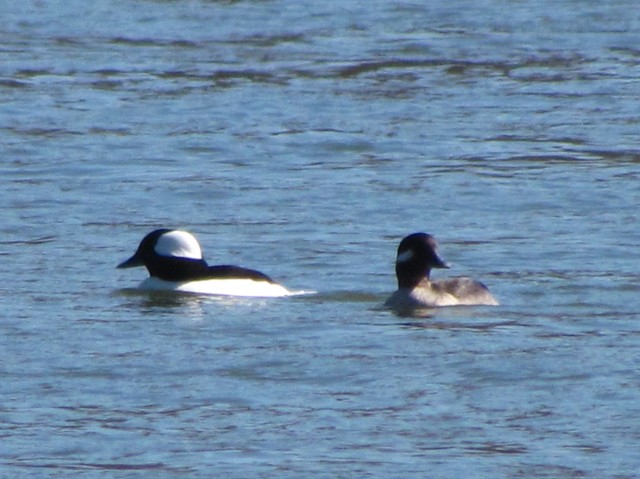 Handsome pair of buffleheads (ps male on the left, female at right)

These guys seem a little early too. Notice how he (perhaps she) has his back feet tucked into his shell. Probably still a bit cool down there. He was not budging from his warm perch in the sun. 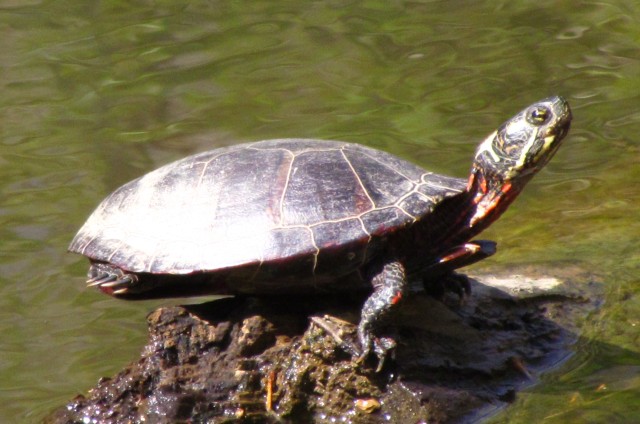 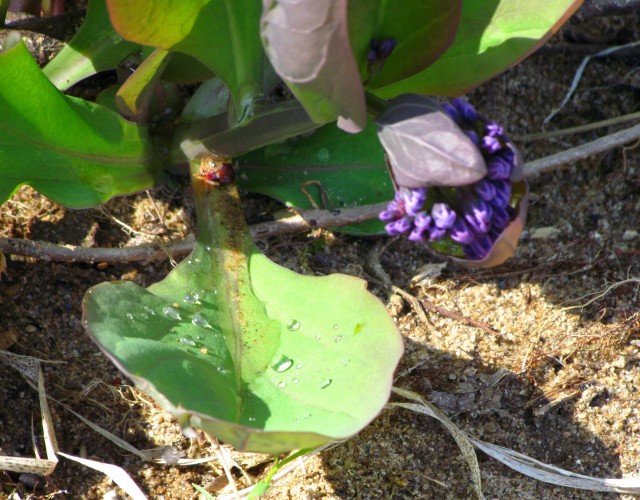 I took a pretty (to me) closeup of a water droplet suspended on a leaf. It looks like a diamond, and diamonds are forever, but this I’m sure evaporated in an hour. Which is why you have to carpe the heck out of each diem: 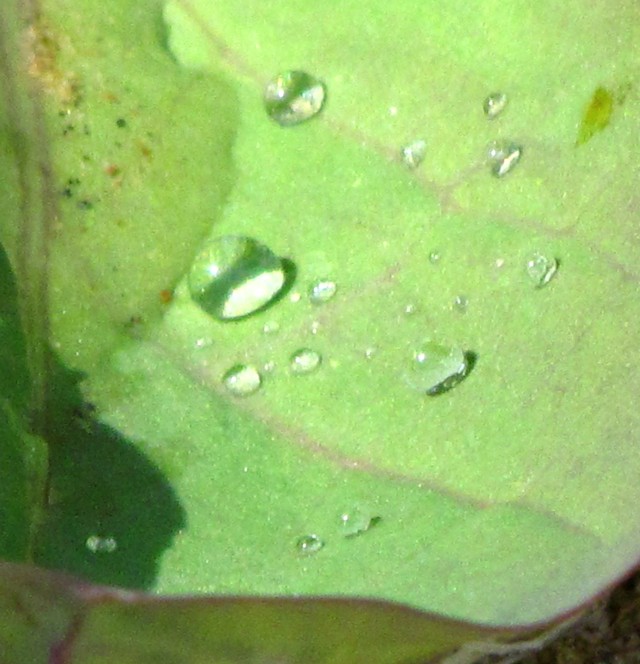 This particular diamond is not forever. So it’s TRULY priceless! (carpe diem!)

Violets are everywhere, including at PP: 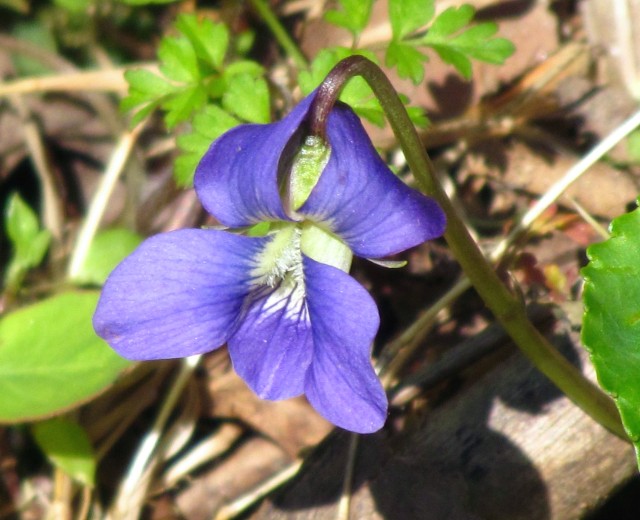 I see these flowers early each spring and I’m never certain what they are, other than delicate and graceful: 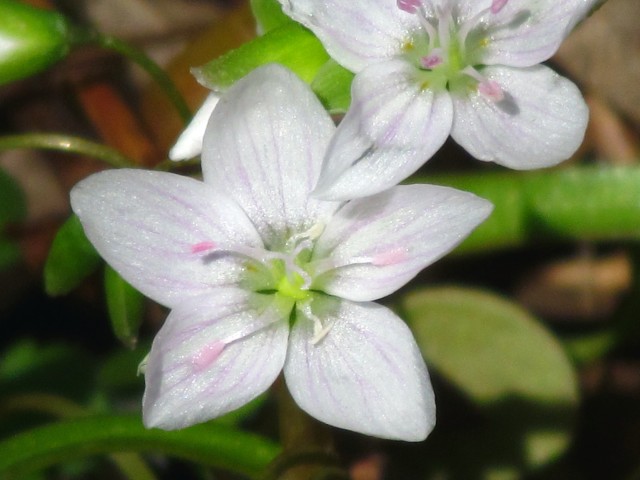 Each year I notice yellow flowers first: dandelions, daffodils and forsythias. There are also big, bright clumps of these everywhere at PP. That turtle was moving slow because we haven’t yet had an extended period of warmth. Bugs are moving slow too; I didn’t even notice this one until I put it on the monitor. See it on top of the top petal?: 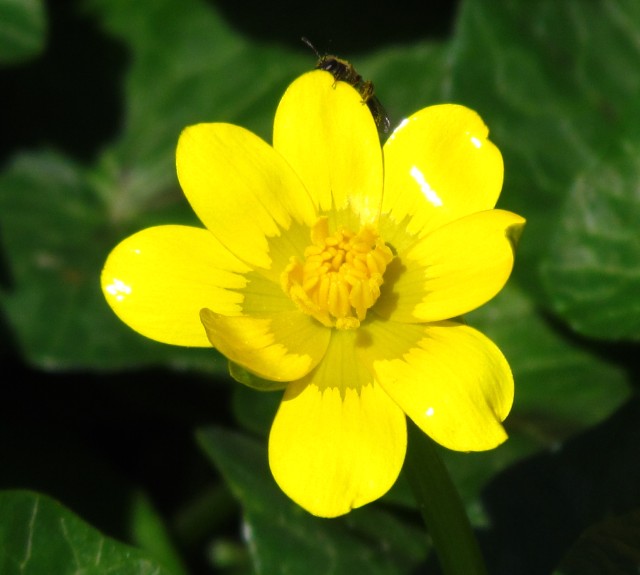 Well. “All good things gotta’ come to an end”. [Jim Stafford, Wildwood Weed, 1974] [click that link for a great video, by the way]. “All good things gotta’ come to an end” is THE reason to carpe each and every diem. As we were leaving the park a friend of ours named Darryl was there with his superb dog Blackie. We asked him (Darryl, not Blackie) if he would be kind enough to take our picture. That’s Blackie walking by on the right. Darryl, I spelled your name phonetically – sorry if I erred – please correct me next time you see me at the river. And thanks for the picture! Have a great day everybody, 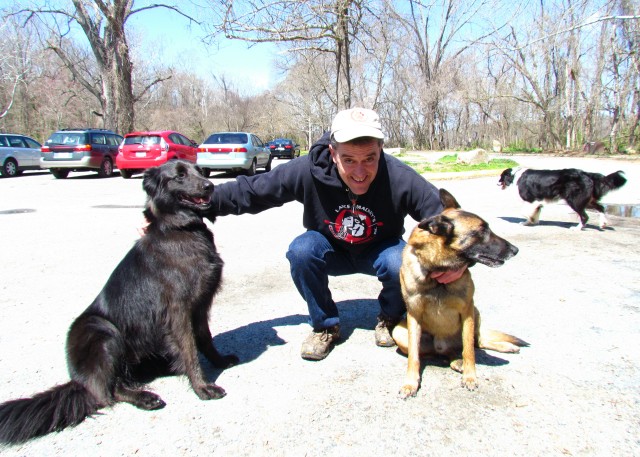 PP with a Posse of Pooches

I am a rehabilitation counselor. I have many friends with autism and traumatic brain injuries. They help me learn new things constantly. I hike with dogs at the James River in Richmond - a lot. I've completed an Iron distance triathlon a year for 11 years. My most recent was in Wilmington, NC in November, 2013. I currently compete in mid-distance triathlons. And work and hike and take pictures and write and eat.
View all posts by Jay McLaughlin →
This entry was posted in Dogs, Flowers, Fun, People, Rivers, Smiles (including "dog smiles"!), Trains and tagged Dogs, Flowers, Fun, nature, outdoors, People, pictures of the moon, Rivers, Smiles - human AND dog smiles!, transportation. Bookmark the permalink.