A brief extension of yesterday’s post. I apologize if this is too much email and/or blogging. A few more photographs, a few more words.

We took a drive around (thanks Shane!) on Saturday and went to Shenandoah for a few minutes. And for part of the time watched trains! How could I not enjoy this: 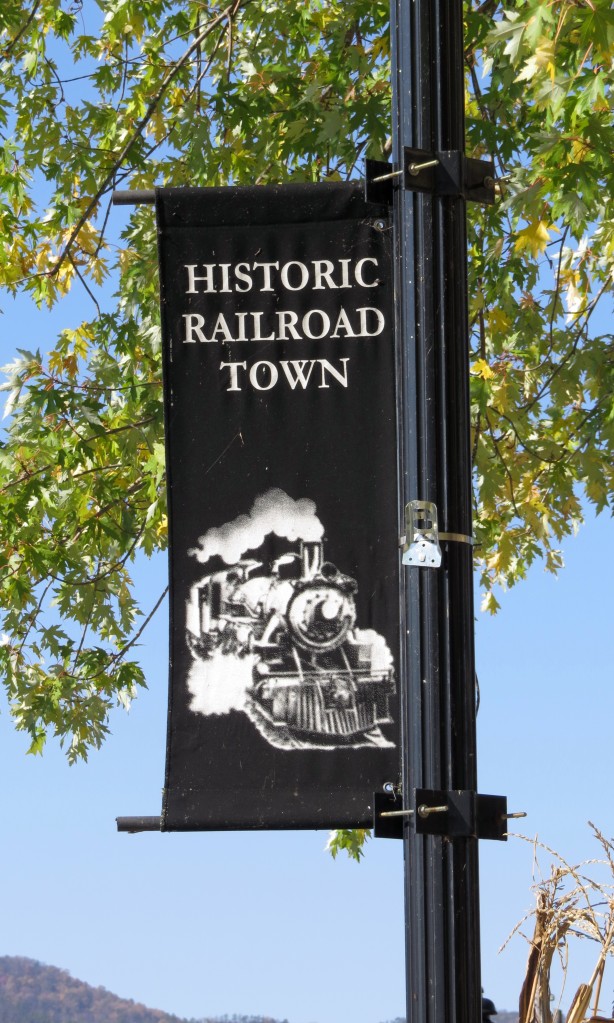 Here’s a picture of the old station: 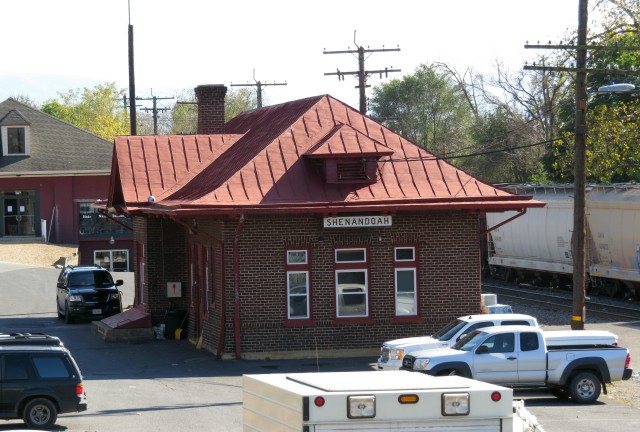 Cappy took a picture of us:

Kristin, Shane, Aileen and some crazy guy taking pictures of a train.

Cappy has told me before that she prefers being behind the camera to being in front of it. Here she is behind her camera, in front of mine:

We walked down to see our old friend Doug and Doris’s house. Doris died in 1999; she requested years earlier that dad and I be pallbearers at her funeral. Doug doesn’t live there any more but it’s kept up nicely. We went there twice over the weekend and it doesn’t look like anyone is there. But someone is cutting the grass. We spent so many hours there and learned so much I can’t begin to describe it. But I may in a future post. Begin, that is. Here’s a picture of their house: 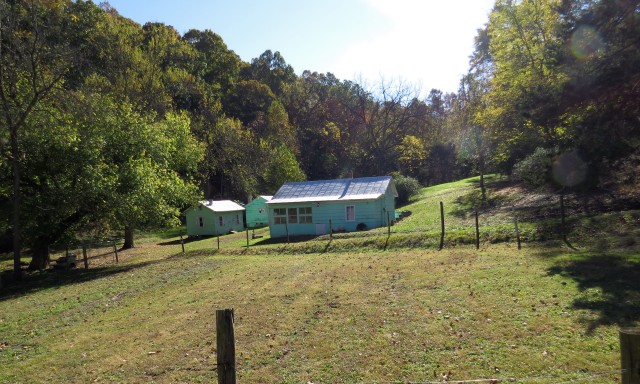 We learned so much here. It could be its own book.

I put up a blog post in April of this year called Only the beginning. You can click on that link if you want and see a couple pictures of our old cabin. Back when we owned it. They’re near the bottom of the post. In case you don’t look at the post, I’ll reproduce for you here a brief excerpt from it. Briefly describing our relationship with Doug and Doris:

[…]And from there [the cabin] we did everything. When you don’t have a television it’s astounding how many other things you find to do. Any time of the year in any weather. We had friends named Doug and Doris. They were native to that area and a little bit older than mom and dad. They lived there year round. If you look again at that finger of the park sticking up, our property was on the north side of it and theirs was on the south. I guess it was fifteen minutes or so walk from the cabin to their house. We visited them whenever we were at the cabin, and we were there frequently. Doug and Doris were in many ways an extra set of grandparents to us. Grandparents who in no way resembled the set who shared our DNA. When we first visited Doug and Doris in 1974 I recall their party line telephone quite clearly. If you picked it up, you might hear a neighbor talking with someone else. There was no paved road in view from their house. I’ve been up there within the last five years; there is still no paved road in view. Only railroad tracks. When we were there it was theNorfolk and Western Railway. Now it’s the Norfolk Southern. And – this is another way they didn’t resemble our parent’s parents – they had a horse. And a cow. They drank milk from the cow and made butter. They had chickens. If the cow had been eating onion grass, the butter tasted like onions. They had chickens, including Araucana chickens, which lay colored eggs. They had pigs. Every autumn they slaughtered one and let us help. And made ham and sausage and bacon and lard and scrapple and ate it all year round. They got their water from a spring. They had dogs and cats but their dogs and cats were dissimilar to the ones my biological grandparents had.

To help you understand how close we were, Doris asked when we were younger that dad and I be pallbearers at her funeral. We of course accepted that honor, and she died up of natural causes in the valley in 1999. The funeral was at the Rest Haven Cemetery in Shenandoah. She was seventy-four.

I’d planned on keeping this section brief and now it’s not. I’ve stuck to my goal of adding a section at the bottom for two consecutive weeks now – so I’m happy. More next week, hopefully. Until then, all best,

PS I couldn’t stop so quickly. I’m enjoying this section. I found an old, old picture of Doug and Doris. Mom might know where this was taken, I don’t. Doris smiled a lot. Doug smiled when we were working outdoors but I don’t think he cared much for being indoors. A man after my own heart.

If you click on the link (to the blog post, above) you can see a picture of Doug and Doris from many, many years ago.

Ev put together this excellent collage. SHE took all these pictures. Look at these colors. : 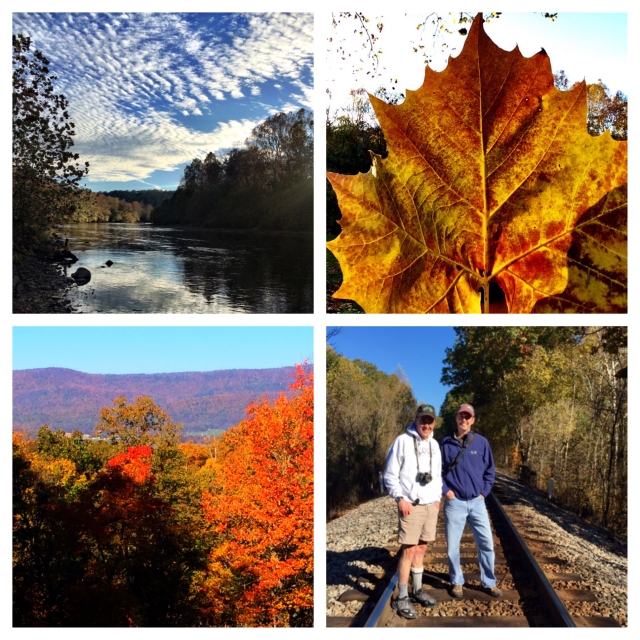 Clockwise from top left: The South Fork of the Shenandoah River w/amazing sky, a sycamore leaf, Shane & me hanging out where we used to hang out, autumn colors in the Shenandoah Valley from our deck. Thanks Ev!

I took so many hundreds of pictures. So many beautiful hardwoods, I’d forgotten. Plants, late fall flowers, our little fire where we roasted marshmallows. They could make it into another post. But I’ll let this go for the time being. And I’ll be back Sunday! Have a great day,

I am a rehabilitation counselor. I have many friends with autism and traumatic brain injuries. They help me learn new things constantly. I hike with dogs at the James River in Richmond - a lot. I've completed an Iron distance triathlon a year for 11 years. My most recent was in Wilmington, NC in November, 2013. I currently compete in mid-distance triathlons. And work and hike and take pictures and write and eat.
View all posts by Jay McLaughlin →
This entry was posted in Fun, People, Rivers, Trains and tagged clouds, Fun, nature. Bookmark the permalink.