It’s been one of those weeks. One of those weeks where a lot of photograph worthy stuff happened – and I went to watch the Blue Angels (and a lot of other great acts) perform in Ocean City, MD. Today. And I just got back. With 458 pictures on my camera, plus other pictures I took this week. Once again, my friend Pat’s son Daniel flew us up and back; every second was fascinating.

So it won’t all fit in one blog post plus it’s too late! So here’s half a dozen (-ish) pictures. And I’ll put up another one tomorrow night. Maybe Tuesday too. But for right now, here’s this one.

Today is Flag Day so I’ll post the last picture I took before we left Hanover Airport a couple of hours ago. This was our plane; we’d just rolled it back into the hangar. It’s a Cirrus SR 22:

Pat and Daniel and I met there this morning a bit after 9:00. I knew it was going to be a good day for flying – not making this up – when I pulled out of my drive this morning and looked across at the baseball field at Freeman High School and saw this pair: 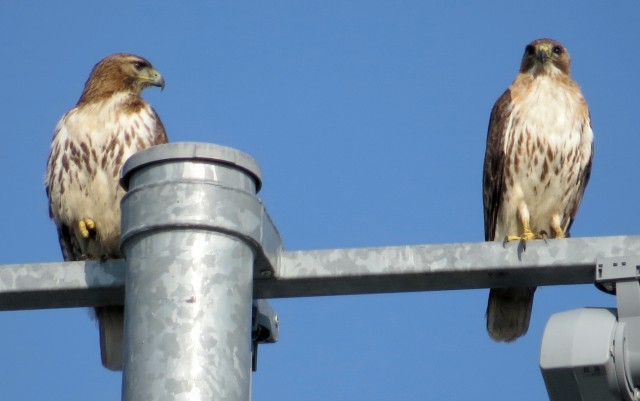 There was so much to see at the air show. Here’s the sequence of events:

This is event 1 – the Flag Jump – this is how you bring the United States flag (while they’re singing the National Anthem) to an air show on Flag Day:

This was the B-25 Mitchell “Panchito”:

The B-25 Mitchell “Panchito”

I have dozens more. I’ll get some tomorrow. For now, one of the Blue Angels: 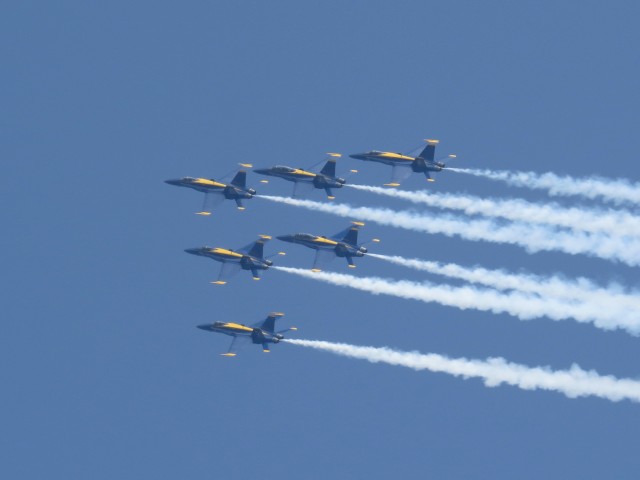 More tomorrow. Because I have more Blue Angels, more other planes, more from our flight up and back, plus of course pictures from Pony Pasture! Drop by around this time tomorrow! Until then,

PS Wait – can’t leave w/o at least one shot from Pony Pasture. We were supposed to go to the air show yesterday but our plans got tangled up. So, as a consolation prize to myself, I took Mackey and Turner (and our friend Yuki) to Pony Pasture. And saw a Belted Kingfisher (Megaceryle alcyon)!:

I am a rehabilitation counselor. I have many friends with autism and traumatic brain injuries. They help me learn new things constantly. I hike with dogs at the James River in Richmond - a lot. I've completed an Iron distance triathlon a year for 11 years. My most recent was in Wilmington, NC in November, 2013. I currently compete in mid-distance triathlons. And work and hike and take pictures and write and eat.
View all posts by Jay McLaughlin →
This entry was posted in Birds, Fun, Rivers and tagged Blue Angels, Cirrus SR22, Kingfisher, Ocean City. Bookmark the permalink.

7 Responses to Make mine a double!! Or a TRIPLE!!!