Let there be light

On December 21 the sun was above the horizon for nine and a half hours. The flowers are overjoyed (I presume) to experience the ninety-plus minutes we’ve added since then; one lovely example is this trailside daffodil at Pony Pasture from Thursday:

I have a few decent images this week but I played in the yard too late (with firewood, my favorite thing) and didn’t write or type. So let me put up a few pictures and sign off. A couple of moments ago (just before saying “Do you realize it’s twenty after nine?”) Evelyn took this picture of Dash lounging in front of the fire. Dash could not care less about lengthening daylight hours or the miracle of photosynthesis. He likes woodstoves:

Dash could not care less that the days are getting longer. Thanks for the picture Evelyn!

Female mallard from Pony Pasture this morning. Look at her watching us – the dogs, mostly – out of her left eye: 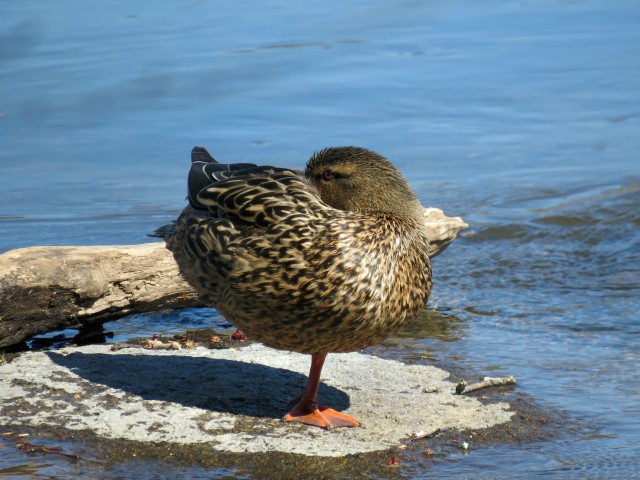 She’s giving us the eye

Here’s something unaffected by the lengthening daylight – a CSX freight train. This one had five locomotives, the first I’ve ever seen, but I was unable to get an angle to see them all at once. I looked them up; they were 4,400 HP each, so the train was being pulled (and, more importantly, stopped) by a staggering 22,000 HP. Here’s a front shot:

Good night, and I hope to see you in a week. For my first blog post of March! March 2 is my six year anniversary on this blog! I’ll close with this lucky shot I got of a soaring red tail above Deep Run Park Friday morning. Have a terrific week! All best, 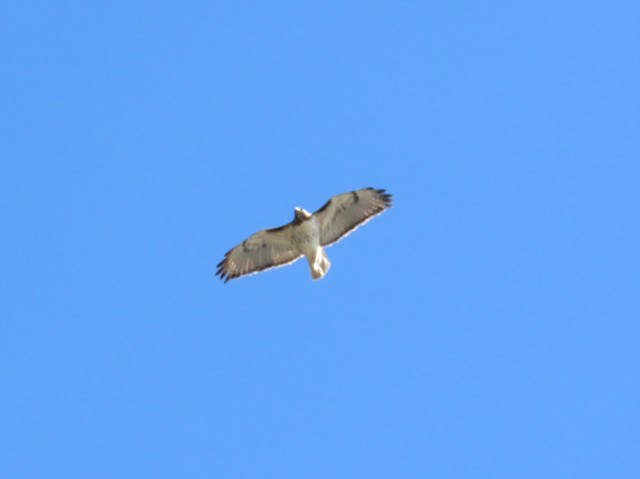 Pointed up, clicked, away it soared

I am a rehabilitation counselor. I have many friends with autism and traumatic brain injuries. They help me learn new things constantly. I hike with dogs at the James River in Richmond - a lot. I've completed an Iron distance triathlon a year for 11 years. My most recent was in Wilmington, NC in November, 2013. I currently compete in mid-distance triathlons. And work and hike and take pictures and write and eat.
View all posts by Jay McLaughlin →
This entry was posted in Birds, cats, daffodils, Dogs, Flowers, Fun, hyacinths, James River, Pony Pasture, raptors, Red-tailed hawks, Rivers, Trains and tagged cats, Dogs, Flowers, Fun, GE AC4400CW locomotive, james river, nature, outdoors, People, Pony Pasture, Red-tailed hawks, Rivers, smile. Bookmark the permalink.

2 Responses to Let there be light