“Why isn’t there anything in holes?” – O. Henry

Posted on September 2, 2018 by Jay McLaughlin 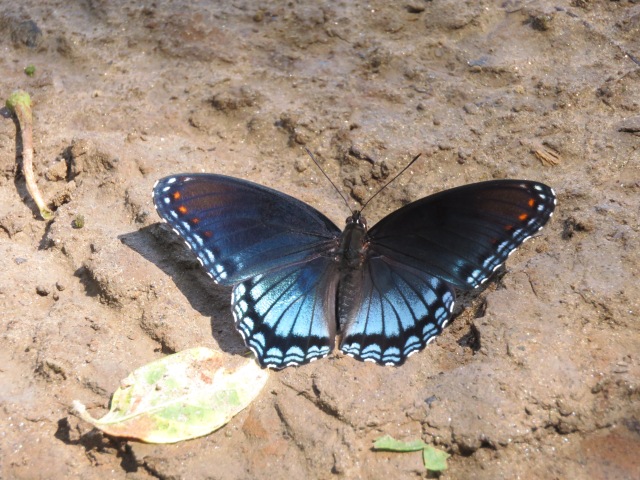 The quote is from a story by O Henry called The Ransom of Red Chief. It’s unrelated to this blog post. I was riding in the car with a buddy on Friday and heard a song called Talking Straight by a band called Rolling Blackouts Coastal Fever. One line (two lines, really) said, “I wanna know where the silence comes from.”

Where space originates.” When I heard “I wanna know…where space originates” I immediately flashed back to The Ransom of Red Chief and the questions the little boy (“Red Chief”) tormented his kidnappers with. Such as, “why isn’t there anything in holes?” and “how can a road go both ways?”

My Aunt Kathleen – really my Dad’s Aunt Kathleen – gave me a thick volume of O Henry short stories when I was much younger. I still recall many of the stories – many folks are no doubt familiar with O Henry’s The Gift of the Magi – but “Red Chief” was a favorite for me. Not least because of Red Chief’s inscrutable question.

Here’s a picture of the moon from yesterday morning shortly after 6:00. It was 68% full and waning. When I took this picture it was 63º above the horizon. For reference, the horizon is 0º and directly overhead is 90º. And it was at 200º on the compass. 180º is directly south, so the is just a few degrees west of south. Anyway. Pardon my foray into intense geekiness. Here’s the picture:

The flower Ev attracted a hummingbird with last week attracted a different winged visitor this week. This was looking out my office window Wednesday morning at 10:40:

I’ll put in a gardenia picture before I close this blog post. They are on a rampage. Our little tree currently has three huge blooms. But her roses are also magnificent, especially this spectacular flower from Wednesday morning: 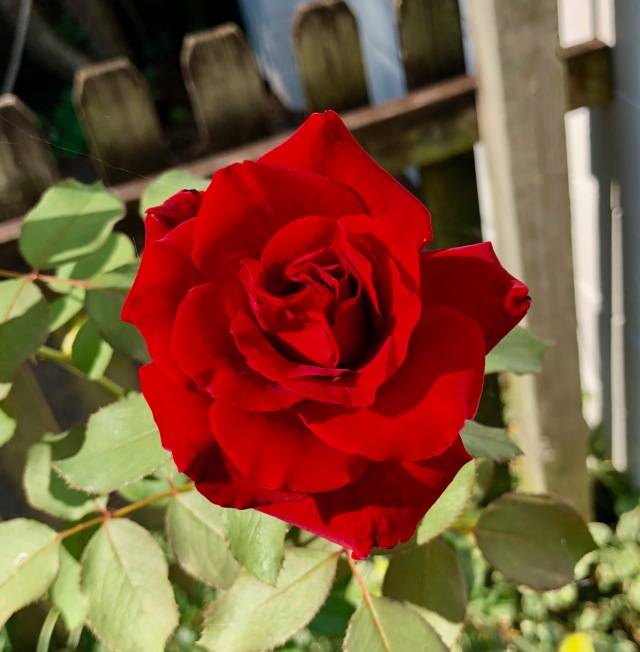 It’s hard to look away from

She posted a picture of one of her roses earlier this week accompanied by this poem:

Ever open its heart

And give this world

Beauty?
It felt the encouragement of light

It’s a big leap from roses and mystic poets to general aviation and Cessna 172’s but that happens on this blog from time to time. I won’t fly at all this week, unfortunately, but last week I flew Tuesday and Thursday. These pictures are both from Thursday, one before and one during preflight. One picture is obvious (the plane) and one I stood just in front of the prop spinner while I was checking the engine cooling inlets and air filter and prop and spinner. This is the spinner – the center of the propeller: 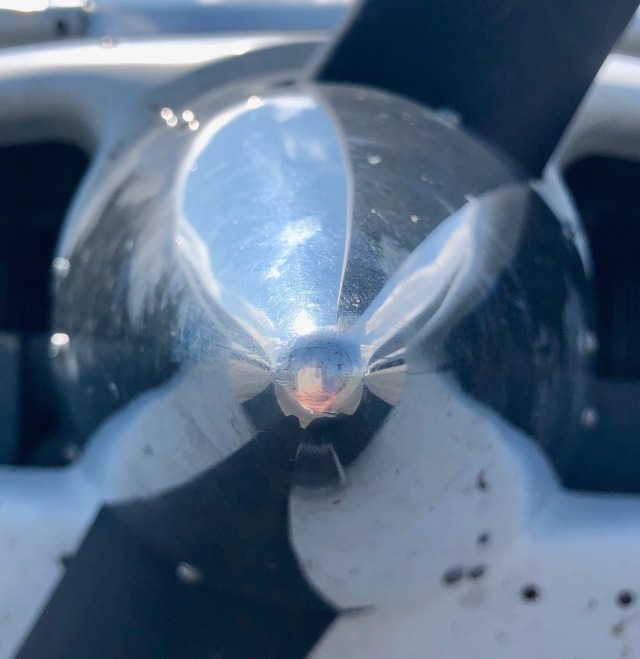 This, of course, is the rest of the aircraft:

Behind the prop spinner!

There are lots of insects now, as you’re seeing from the butterfly pictures. I saw a really huge spider at the river this morning. I regret not putting something in the image for scale, but this girl (males are ~⅛ as large) was close to 2” long. My sister Katie tentatively identified it (from my cell phone picture) as Argiopes auratus or a Black and Yellow Garden Spider. It is an attractive insect; I regret the poor quality of this image:

Pony Pasture, by the way, is filled with pawpaws – they’re everywhere, and will be for the next two or three weeks. Have a taste! They’re spectacular! Once they’re gone you won’t get a chance again for nearly a year.

Gardenia to close with – I have so many pictures:

I like whipped cream a lot – that’s probably why my mouth waters when I look at this.

Have an outstanding week! Go to Pony Pasture and eat some pawpaws while you can – they’ll be gone before you know it. All best, see you next week (I hope!),

I am a rehabilitation counselor. I have many friends with autism and traumatic brain injuries. They help me learn new things constantly. I hike with dogs at the James River in Richmond - a lot. I've completed an Iron distance triathlon a year for 11 years. My most recent was in Wilmington, NC in November, 2013. I currently compete in mid-distance triathlons. And work and hike and take pictures and write and eat.
View all posts by Jay McLaughlin →
This entry was posted in Birds, Cessna 172, Dogs, Flowers, Fun, Gardenias, Insects, James River, moon, Pony Pasture, Rivers, roses, Smiles (including "dog smiles"!), Spiders and tagged cessna, Dogs, Flowers, Fun, Gardenias, james river, nature, outdoors, pictures of the moon, Pony Pasture, Rivers, Roses, smile, Smiles - human AND dog smiles!, waxing gibbous moon. Bookmark the permalink.

6 Responses to “Why isn’t there anything in holes?” – O. Henry