There is no theme to this post, only marginal pictures. But the sun’s been bright for a while and it seems like I’ve seen just a little blue in the background so far in 2019. It was nice to see the first (the first for me) ospreys of 2019. Wednesday there was a pair on a nest on Parham Road. The first osprey I ever photographed was at Pony Pasture (of course) on October 5, 2014. But I didn’t know how to anticipate them. I got my first one on Parham Road in the Summer of 2015. It began then (for me) to be an example of suddenly becoming aware of a certain bird. Then you realize you were just passing them by before and never knew they existed. Suddenly you begin to see them constantly, because you know where to look. I got them on this nest for the first time in the Spring of 2016. So this is the fourth year in a row (as far as I know) that they’ve returned here. Here is (I’m guessing) the male. See the fish he has? And look at that talon. No other raptors have talons like that. Ospreys are the only raptor that only eats fish. It’s a “piscivore.” Some mammals are piscivores too, and so of course are some ducks, but ospreys are the only raptors. Those talons have been selected by evolution to grab a slippery fish under water and not let it go. Check this  guy out: 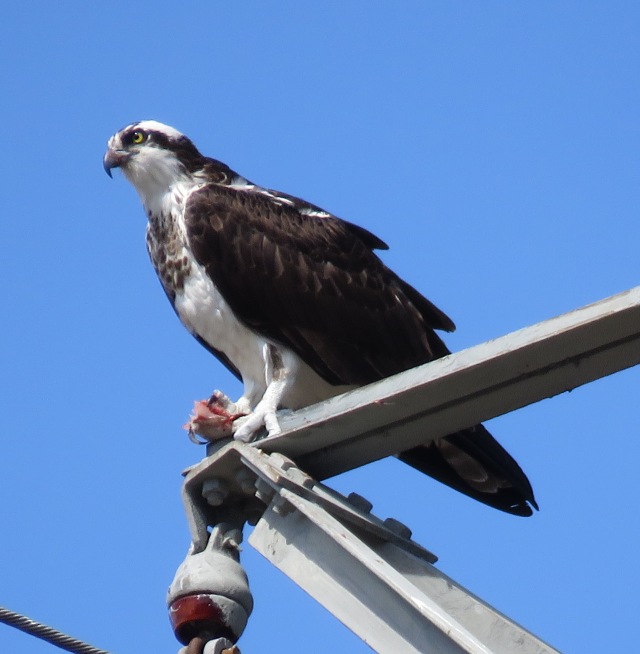 Look at those talons. That fish is not going anywhere.

I suspect this is his mate: 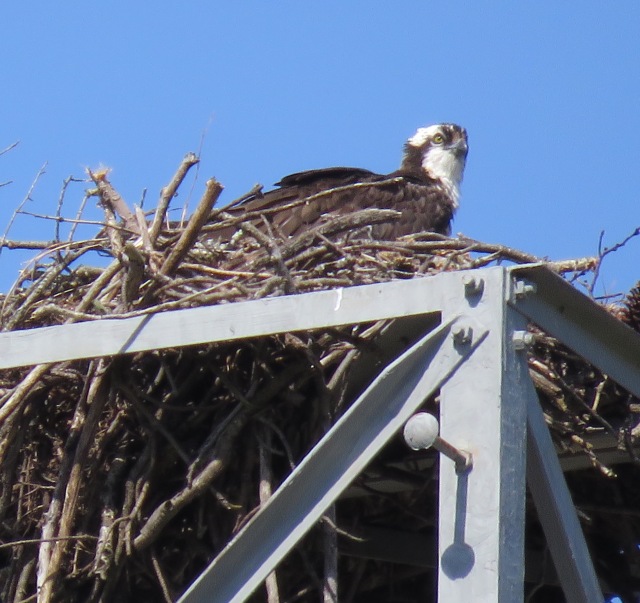 His partner, I believe. She’s blinking – that membrane is how they protect their eyes underwater.

Here’s the two of them: 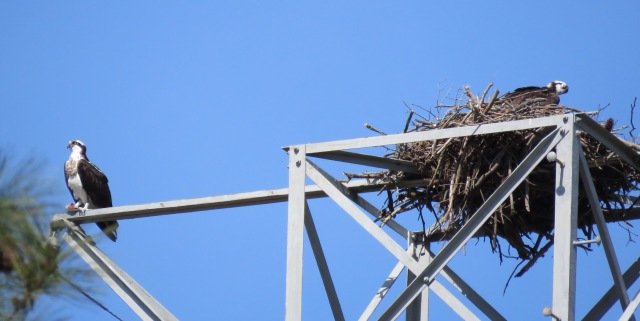 Both at once. Not sure how long until there’s babies – I’ll learn about that.

I saw six turtles lined up in a row on a log at Pony Pasture Tuesday: 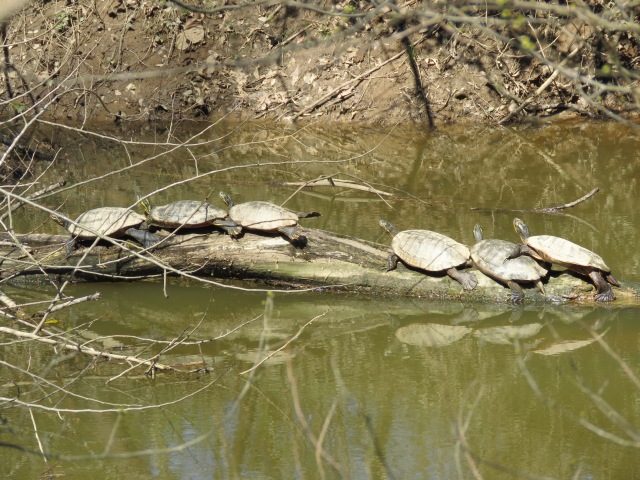 These two were at the rear of the line. Looking chummy: 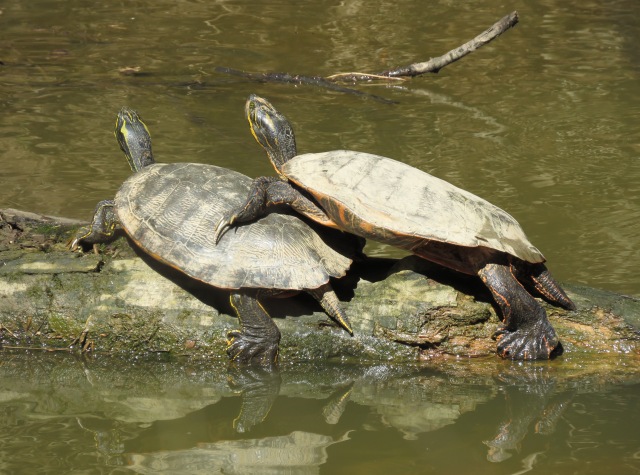 I got a nice Red-shouldered hawk in a new (for me) place Friday. This was on Hungary Road a short distance south of Staples Mill: 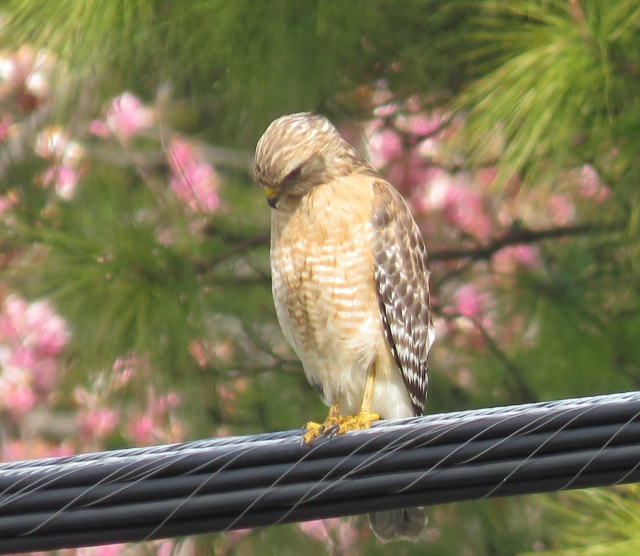 Red-shouldered hawk Friday. They seem similar to Red-tails until you begin to “get to know them better.”

Red-tailed hawks are out essentially every day now; I should have a better image than this. But oh well: 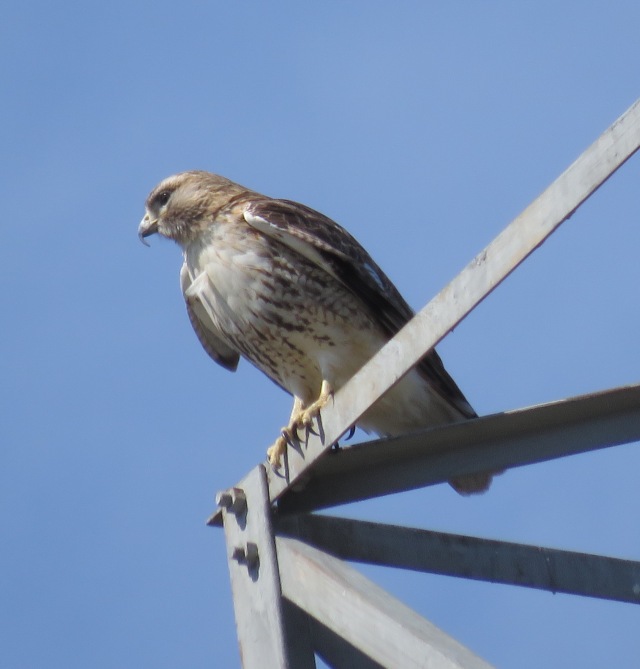 Around the corner from home. This one has a full crop, the bird equivalent to a full belly. You can see it bulging.

I have taken a ton of pictures of the moon this week. The sky’s been real clear and I always enjoy it. I got a nice picture Friday at 10:00 PM then again twenty-four hours later plus I got it earlier today in daylight. When I got it Friday it was 68% full (and growing) and 9.4 days old. Twenty four hours later it had grown 10% to 78%. I’m learning all this stuff for the first time. It’s fascinating. Today at 5:00 PM it was 86% full. It’ll be completely full Wednesday. Here’s Friday: 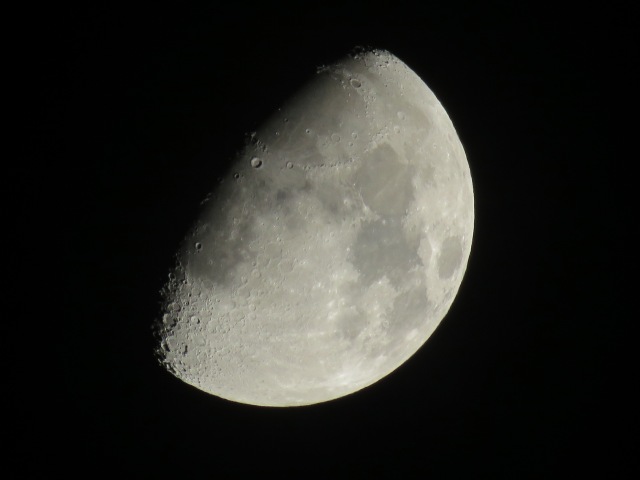 Plus Evie has our indoor gardenias fragrantly flourishing. The outside temperature is predicted to go below freezing still early Tuesday and again Wednesday morning so no  outdoor gardenias for a little while. But these are excellent: 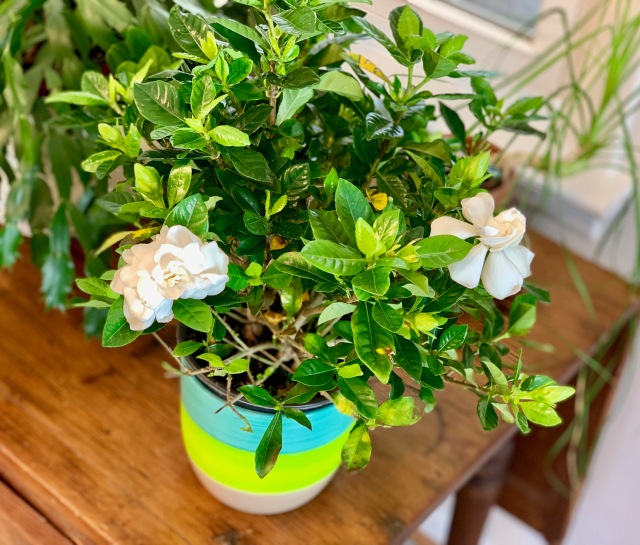 There are gardenias, and there is every other flower:

PS I started to write a story about this old guy – he’s been gone for ten years – but it had a domino effect and opened up too many stories to contain in a small space. So I’ll reorganize and write about him later. His name was Mister Floyd and he was a great, great teacher. I was real scared when I first met him. He taught me a lot about being calm: 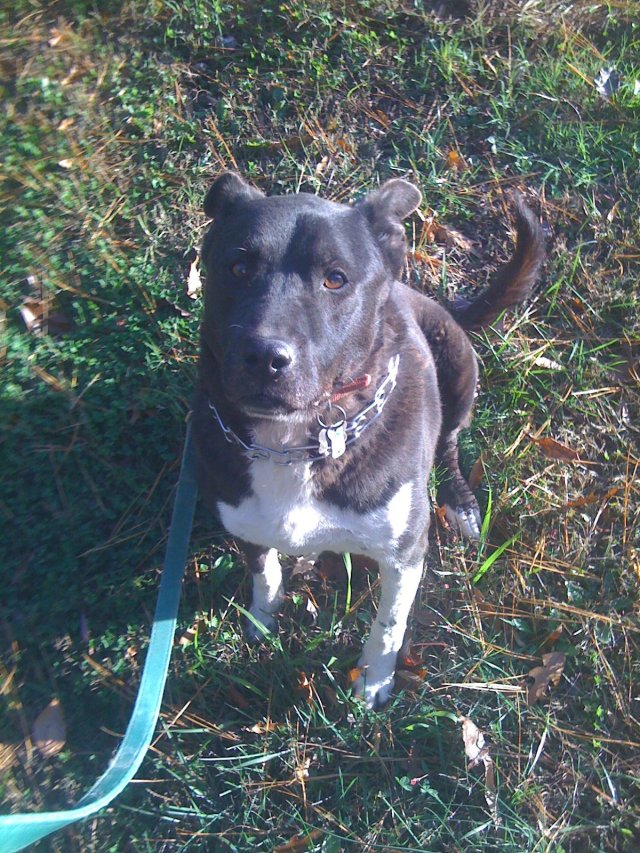 I am a rehabilitation counselor. I have many friends with autism and traumatic brain injuries. They help me learn new things constantly. I hike with dogs at the James River in Richmond - a lot. I've completed an Iron distance triathlon a year for 11 years. My most recent was in Wilmington, NC in November, 2013. I currently compete in mid-distance triathlons. And work and hike and take pictures and write and eat.
View all posts by Jay McLaughlin →
This entry was posted in Birds, Flowers, Fun, Gardenias, James River, moon, ospreys, People, Pony Pasture, raptors, red-shouldered hawks, Red-tailed hawks, Rivers, Smiles (including "dog smiles"!), Turtles and tagged Flowers, Gardenias, nature, Ospreys, outdoors, pictures of the moon, Pony Pasture, red-shouldered hawks, Red-tailed hawks, Rivers, smile, waxing gibbous moon. Bookmark the permalink.