If these 2 were perched there 365 days/year, I would never get tired of it 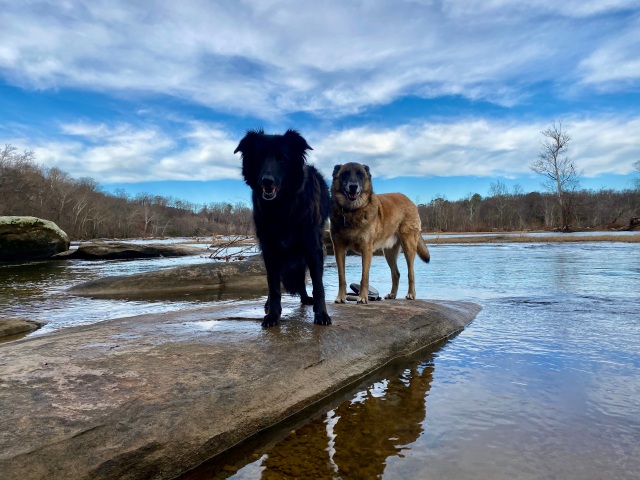 Mackey and Turner this morning. Another view I’d be grateful to see 365 days/year

Incidentally, I photographed the owls again an hour after the first pictures this morning (at 10:35). And last week I took the first owl pictures at 10:40 and the second pictures at 12:00. Slower hike. It will surprise no reader that I wander off in this minutiae from time to time. Evelyn corrects my grammar and spelling but doesn’t rein in my meandering writing.

So what better way to rein in my own meandering writing than with a bluebird. So I “finished” the first set of owl pictures at 9:40 this morning. I took this bluebird picture 45 minutes later at 10:25. There is never a bad time to see a bluebird: 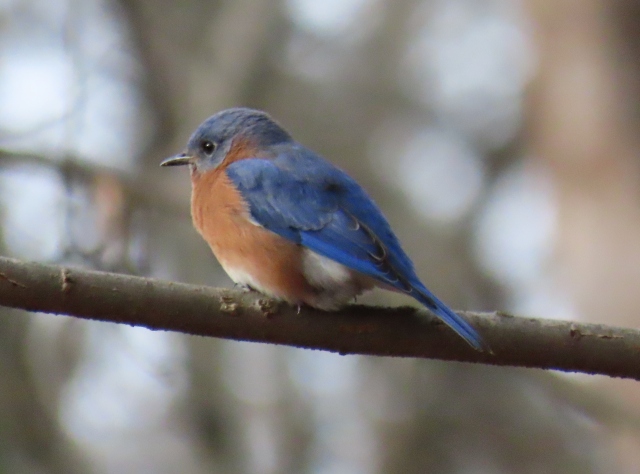 Not only is there never a bad time to see a bluebird, I smile every time – every time. That is a treasure by itself.

That’s it! Short one this week! But a tiny bit more geeky info here – I photographed an owl on that branch for the first time this season on November 30. I don’t hike at the park every single day, but I’m there two or three times a week. And since November 30, there has been either one or two owls on that branch every single time I’ve walked past. Each time I see them it’s a gift.

I am a rehabilitation counselor. I have many friends with autism and traumatic brain injuries. They help me learn new things constantly. I hike with dogs at the James River in Richmond - a lot. I've completed an Iron distance triathlon a year for 11 years. My most recent was in Wilmington, NC in November, 2013. I currently compete in mid-distance triathlons. And work and hike and take pictures and write and eat.
View all posts by Jay McLaughlin →
This entry was posted in Birds, Bryan Park, Dogs, Fun, James River, love, People, Pony Pasture, raptors, red-shouldered hawks, Rivers, simplify, Smiles (including "dog smiles"!) and tagged bluebird, Dogs, Fun, james river, nature, outdoors, People, Pony Pasture, red-shouldered hawks, Rivers, smile, Smiles - human AND dog smiles!. Bookmark the permalink.