Over a month since the race, over a month since my last entry. 2012 is unforgettable. I’ve gotten a few pictures I’ve enjoyed. I’ve been gazing a little bit more intently at the river than usual. It’s always lovely. These shots, like the river,  are always different and always perfect:

True story – you can’t make this stuff up. I pointed the camera up at a passing train 2 minutes later. All the way across the river. I went home and looked at the picture on my computer: 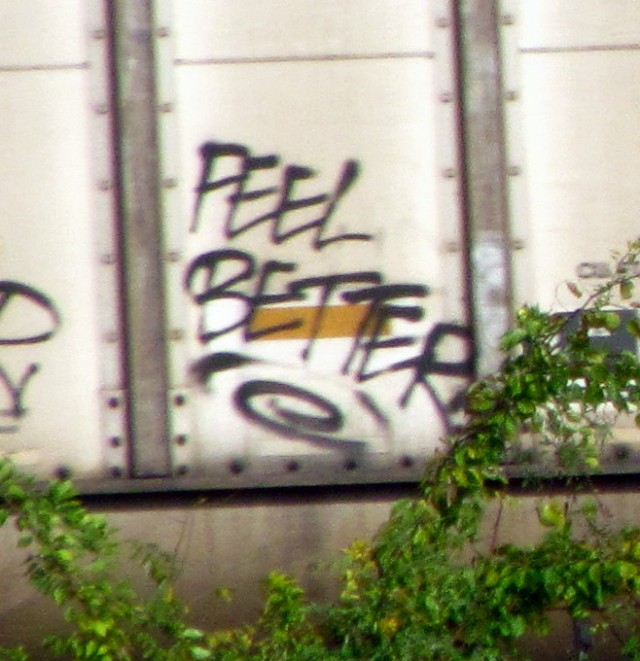 I was feeling bad – seriously – and looked up and a coal train was passing by with this scrawled on the side of a car. Wild.

Crazy. Of course it feels pretty good to look at it like this too:

This makes you feel better too.

Mackey, Luna, Lola, me, and the incomparable James River

Evie and I got down to the river to give thanks on Thanksgiving morning. This may be the only way to keep Turner from dashing around:

So much to give thanks for

Speaking of dashing around, I’ve mentioned before I have a cat named Dash. Although he has undeniably dashing good looks, he doesn’t dash around much. And if the window is open and your papers are blowing away, he is unsurpassed as a paperweight: 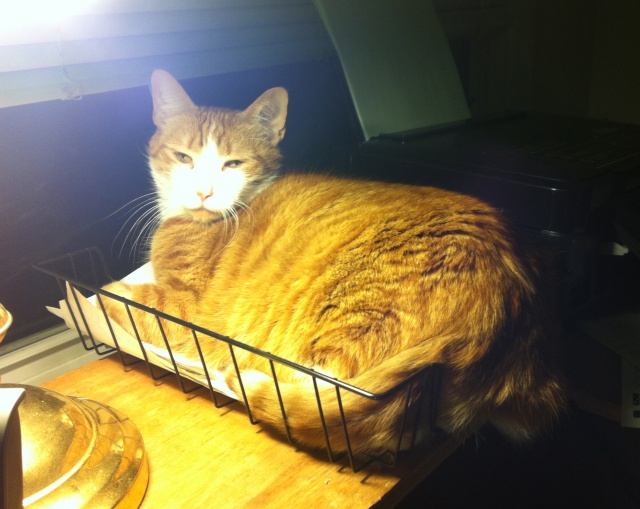 And now the most unforgettable experience in a life that’s been full of them:

My Dad died at home on Tuesday, November 20, a couple of days before Thanksgiving. To our relief, his passing was swift and painless. Dad’s full obituary is here: Warren M. “Mike” McLaughlin

I started to title this “Dog man,” because Dad was a dog man. Way more than I am. I changed the title to “Family man,” because he was the purest family man I’ve ever known. I am so fortunate. I settled on “Good man,” because that’s enough.

All the words on this whole internet are insufficient to describe what my Dad means to me and to everyone in our family. I won’t try. I’ll put in a few pictures I enjoy and that’s enough. The first is with our entire family. We hadn’t been photographed together since the 1970’s. We used a tripod and took this picture 22 days before he died. He’s happy because he’s surrounded by his family. Only one dog in the picture at that time, but there were four in the house.

This picture is of Dad and Mom at their house with their dog Lucky (RIP), taken years ago. 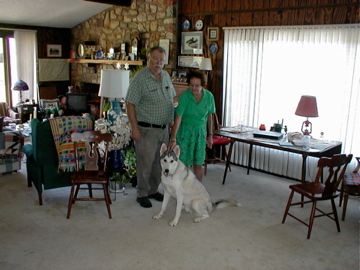 This is a favorite. Dad and I were hiking at Pony Pasture with his dog Tara in the winter of 2010. That’s a dog man right there. I love this picture: 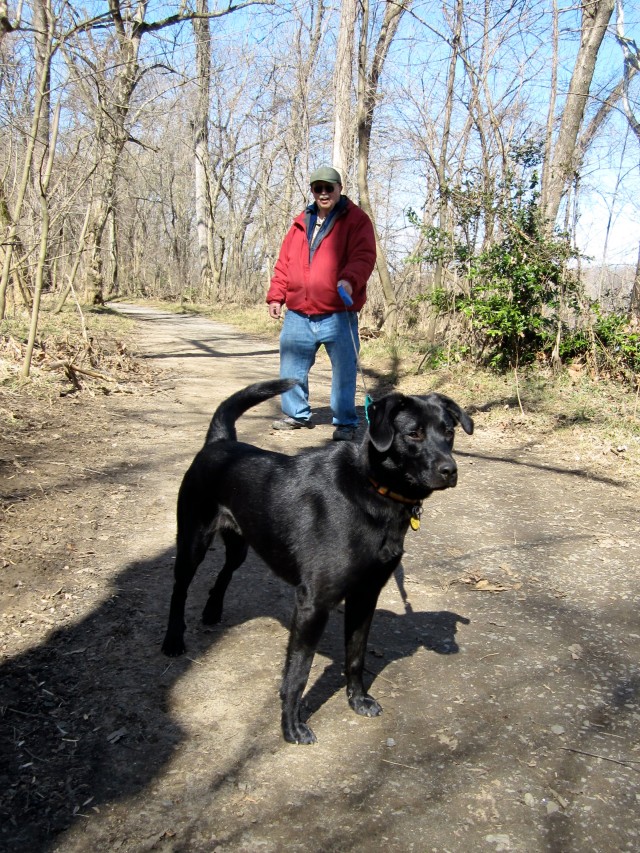 Another one I love. This is Dad with Tara in my living room. See how they are together? You can’t really explain it, you can never see the essence of it, but that’s what it looks like when people connect with dogs. Dad really, really, really knew how to do that:

See? You can’t really explain it, but that’s what it looks like. Automatic.

I don’t know who took this one, or even where it was. The dog is Rica, a big, beautiful German Shepherd we used to have. I’m reasonably certain Dad never saw a single stock car race in his life, so I have no idea about the origin of this picture. See how alert and animated and happy she is? What a beautiful picture: 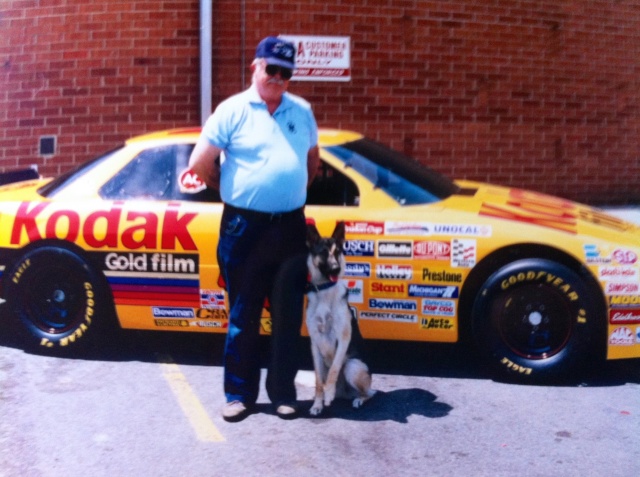 You can probably sense why I don’t want to end this post. But unlike the river, posts end. Ask me any time – any time – and I’ll tell you a story about my Dad. I have an endless supply.

If you met Dad, I know you grieve with us. If you never met him, I wish you had. But I hope my brothers and sisters and I reflect at least a glimpse into our superb upbringing.

I am a rehabilitation counselor. I have many friends with autism and traumatic brain injuries. They help me learn new things constantly. I hike with dogs at the James River in Richmond - a lot. I've completed an Iron distance triathlon a year for 11 years. My most recent was in Wilmington, NC in November, 2013. I currently compete in mid-distance triathlons. And work and hike and take pictures and write and eat.
View all posts by Jay McLaughlin →
This entry was posted in Dogs, Fun, People, Rivers, Smiles (including "dog smiles"!), Trains. Bookmark the permalink.