This is what this spring has been:

producing or capable of producing an abundance of offspring or new growth; fertile: a lush and fecund garden | figurative : her fecund imagination.

• technical (of a woman or women) capable of becoming pregnant and giving birth.

1. a. Capable of producing offspring or vegetation; fruitful: “The smell of mud, of mush, the primeval smell of fecund earth, seemed to sting our faces” (Joseph Conrad). b. Characterized by or suggestive of fertility: “Deep in the end of the back yard, the blossoming peach tree shone like a celestial sentinel. The fecund air lavished upon their faces the tenderness of a lover’s adoring hands” (James Agee).

It’s been two months since I posted “The Flowers Bloom Like Madness in the Spring” and the pace hasn’t slowed even slightly. The dogs and I were at Pony Pasture last week and I saw more deer than I’ve ever seen at once, and I’ve been hiking there for ages. And seen lots of deer. But last week was a madhouse. It was the first time a deer ever ran toward me, which surprised us equally. It’s rained a lot and the heat has never been withering and there are a lot of living things. Plant and animal. Snakes like mad. Cicadas, of course, although not at Pony Pasture. The creeks are filled with fish, I see bigger ones every time I’m there. Turtles and birds and flowers. I’m also spending more time at Bryan Park than I have in the past and it has a group of birds (and some turtles and frogs) that I don’t see often at Pony Pasture.

I’m not well organized, but I have nice pictures. A few anyway. I took a recent favorite at the gas station of all places. I love mockingbirds and there was one on the curb and I took a bunch of shots and got this. It’s truly a lucky shot; this is cropped out of a corner. It looks intentional but it’s about an eighth of the original shot. Pretty picture anyway: 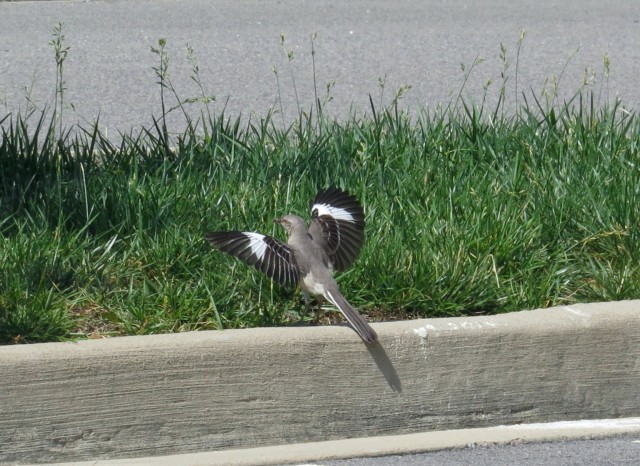 So happy to get this shot. (Lucky too!)

My friend Kim I have mentioned before is a wildlife illustrator and wrote “Presumably it’s [the wing-spreading behavior is] used to startle bugs into leaping out of hiding.” Wikipedia says “While foraging, they frequently spread their wings in a peculiar two-step motion to display the white patches. There is disagreement among ornithologists over whether this behavior is used specifically for getting prey to reveal themselves. There have hypotheses ranging from flight braking to its intended use for adults when they encounter predators.” I’m fifty-one years old and that’s the first time I’ve ever noticed it. Very cool and lucky!

I’ve also only put one video on a blog post, back in January (Terrific Whistlers). That was a fireplace; this one is water! The river, specifically.

I took a moon picture in late May but I’m working on some better ones. The moon was (as you see) enormous in this picture: 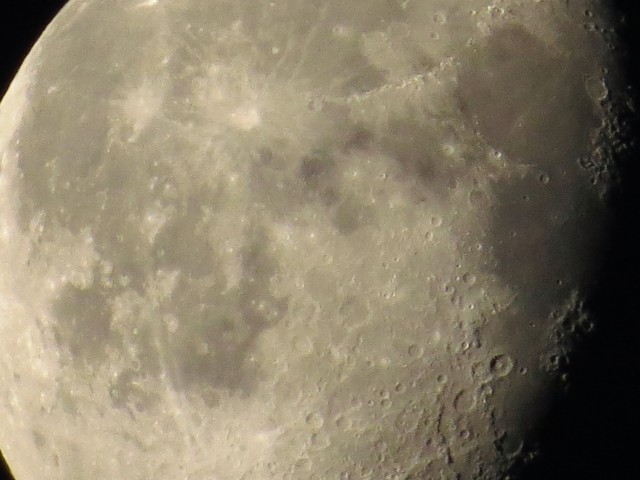 Sassafras was all over the place at camp and at the cabin when I was growing up. It was just part of the scenery at camp but at the cabin I made tea a time or two. I think in hindsight just so I could say I’d made sassafras tea. But it tasted good with sugar. If you’re in the woods, you 100% cannot mistake it for anything else. And you can just pull little sassafras plants out of the ground and wash the mud off the roots and boil it for a while and add sugar and you will totally know why it tastes so good. If it was carbonated it would taste a lot like root beer. I was parked in western Henrico and there was some in front of my car. See how distinctive it is? All sassafras has three different types of leaves, all three shown here: one with three lobes, one with two (looks like a mitten) and one that’s just a plain old leaf. You’ve probably seen it – it’s everywhere: 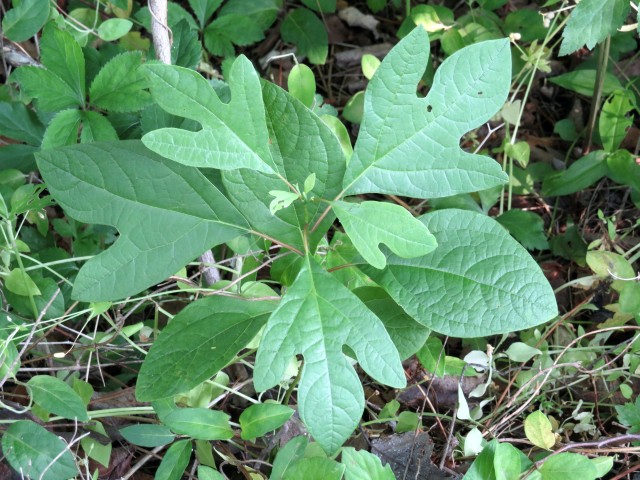 Since I mostly like to photograph outdoors, I don’t get a lot of pictures of Dash, our stay-at-home (my choice, not his) cat. This is him engaged in his favorite activity (sleeping) in his favorite place – the most recent cardboard box. He loves the UPS driver. I put this larger box on the floor and he jumped right in. A few days later the smaller box came along and I put it inside – and he immediately hopped in that one: 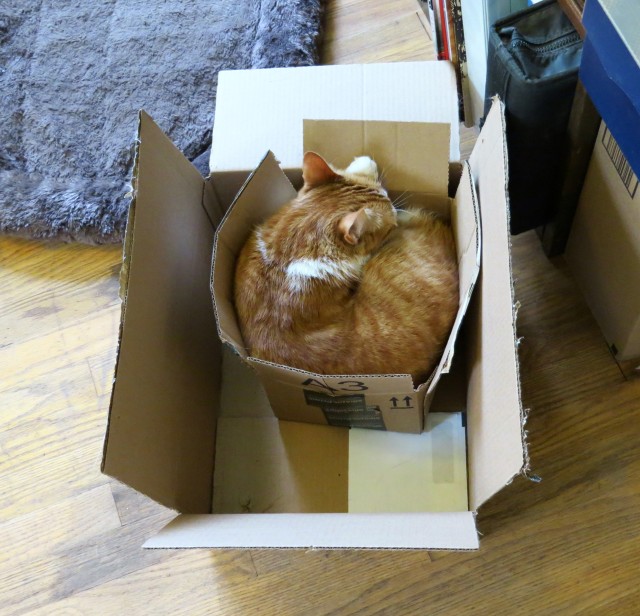 Two boxes are better than one

A beautiful rose from my yard: 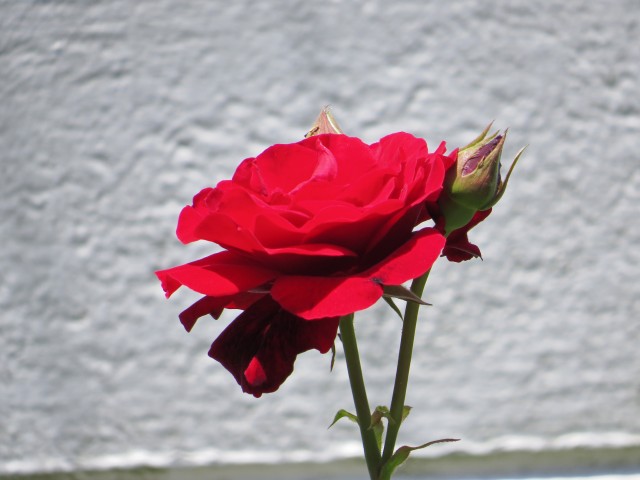 Honeysuckle is my favorite flower. I did a fifty mile bike ride in May and I smelled honeysuckle and privet and multiflora rose for every single pedal stroke. Just wonderful. All these years I’ve seen white and yellow honeysuckle and wondered a little bit about the difference. I’m a somewhat partial to the white but I love it all. Anyway, I looked it up this year (can you even believe it took me that long?) and learned it’s the same flower! Honeysuckle starts out white and as it ages turns yellow. Very cool. Very, very lovely and the fragrance is spectacular: 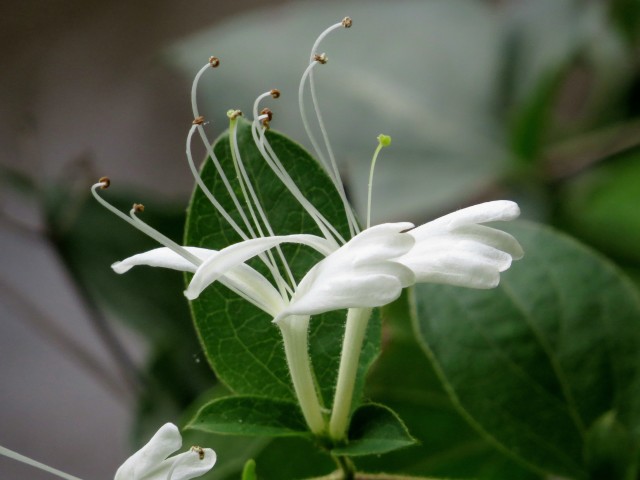 A flower I will never tire of seeing or smelling

All of these flower pictures, by the way, wouldn’t be possible without some pollinators: 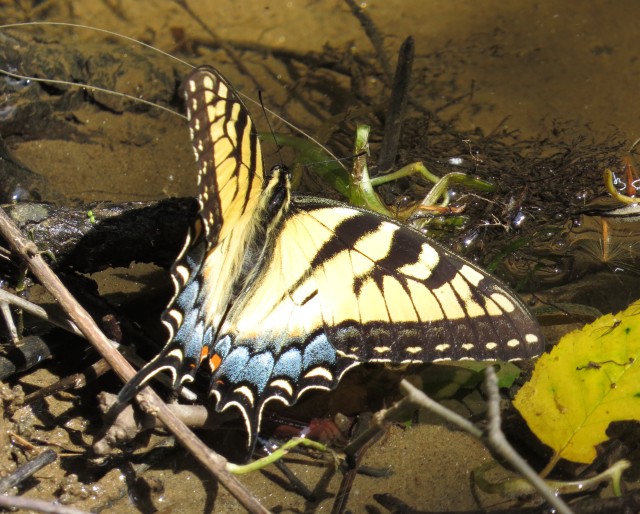 Getting a drink from the river!

I mentioned recent trips to Bryan Park earlier. Last week I saw these pretty barn swallows; I never get tired of them: 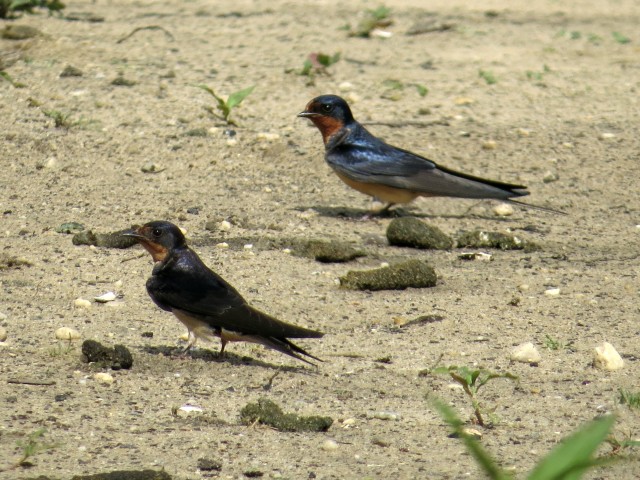 And this shy phoebe: 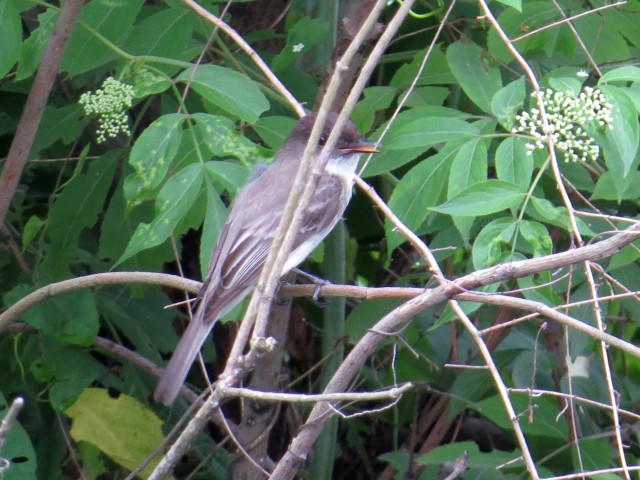 Hiding behind a branch

And this mammoth snapping turtle!: 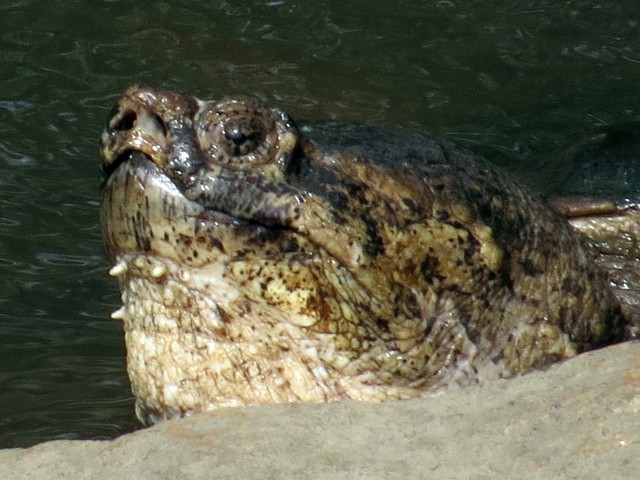 Wish I’d gotten a picture of the whole turtle. His (it just wasn’t feminine) head was nearly as big as mine

Wow – too many pictures! This toad is from PP. Isn’t his (having a hard time seeing these as female) camouflage remarkable?: 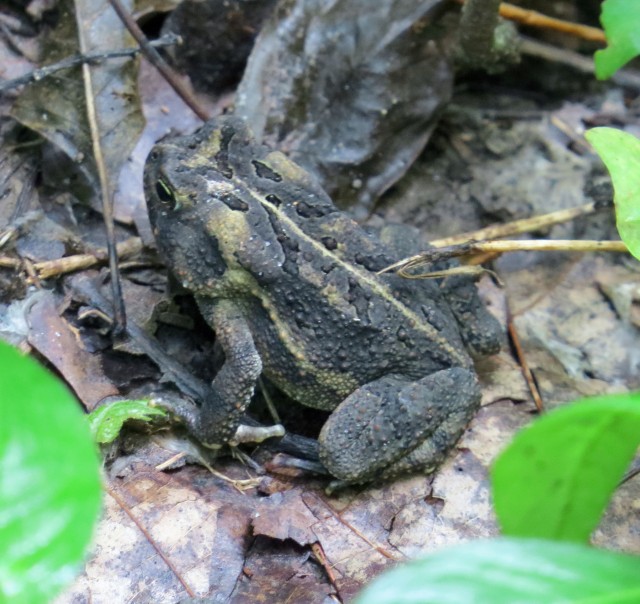 I can’t leave the hydrangeas off; they’re blooming right outside my bedroom window. They don’t smell but they’re so pretty: 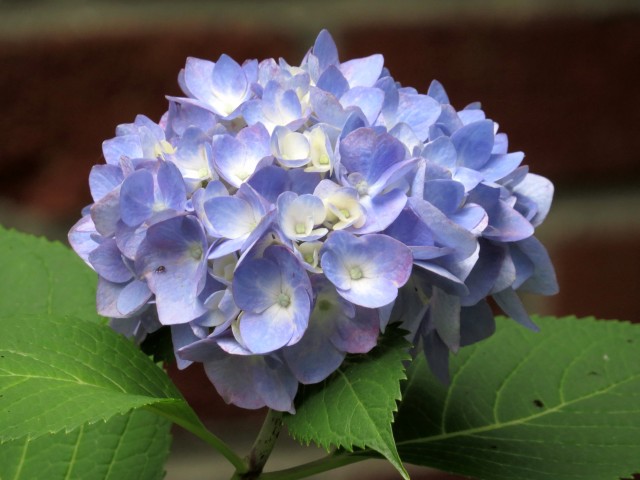 I have so many pictures – maybe I just need to do another blog post soon! I’ve left off mulberries (from my yard), clover (from everywhere), beautiful bugs (likewise) and even a handsome barred owl from PP. Magnolias, I have spectacular magnolia pictures. This spring began wildly and it’s only gotten wilder. Plus nice pictures of Turner and Mackey. Maybe another post very soon. Until I get organized,  have a great day!

I first met Moe (mentioned last month) when I took his Individual Counseling class early in my graduate school career. This was in the mid-1990’s. I didn’t know then that he often spoke in parables. They were never long and invariably pithy. When he got to the end of his first one – the first one I recall, anyway – I kept waiting for him to finish. Not knowing he was finished. I’ll try to reproduce it here. Briefly, the way he told it. Some people have heard me say “that’s why they call it ‘The Present’.” Because it’s a Gift. This parable is about that.

So there’s this guy running through the jungle. He’s running for his life; tigers are chasing him. He’s running out of energy. The tigers are fast and strong; they’re drawing closer. He only has a few minutes before they catch him and eat him. He bursts into a clearing. Twenty yards away is a cliff. The jungle is behind him; the tigers are coming up fast. He runs to the cliff and looks over. A thousand feet below, waves smash jagged rocks. A few feet below the ledge is a strong branch. Behind him, the tigers burst from the jungle. In desperation he climbs over the cliff and grabs the branch, hanging just out of their reach.

He looks a thousand feet below. Waves are bursting over the rocks. He looks a few feet above. Tigers are waiting to gobble him up. He sees next to him on the branch a perfectly ripe, ruby red cherry. He pulls it off the branch and pops it in his mouth. How sweet it is.

I leaned forward expectantly. Waiting for the story to end. At that point in my life, I didn’t realize that this beautiful moment is all I need. I was (am) slowly learning.

I am a rehabilitation counselor. I have many friends with autism and traumatic brain injuries. They help me learn new things constantly. I hike with dogs at the James River in Richmond - a lot. I've completed an Iron distance triathlon a year for 11 years. My most recent was in Wilmington, NC in November, 2013. I currently compete in mid-distance triathlons. And work and hike and take pictures and write and eat.
View all posts by Jay McLaughlin →
This entry was posted in Flowers, Fun, People, Rivers. Bookmark the permalink.