The river this morning

There was nothing earth-shaking (literally or figuratively) at Pony Pasture early this morning when I took Mackey and Roux and Turner on our Thursday hike. No mysteries of the universe were revealed, or at least no more than are revealed every time we’re there. And the light wasn’t award-winning, and the mosquitoes remain pesky. But a few pictures came out well, and they’re worth a post. In my opinion.

It’s going to frost in a month or so. That will be fantastic because the mosquitoes will be gone. I’m sure their mothers love them but personally I’d be as happy if they were somewhere I’m not. But the other thing about frost is, soon there will be no flowers until spring. So I’m getting a couple of pictures of the ones that remain. It’s misty at Pony Pasture in the morning now, and we’re arriving right at sunrise. The light we see is different all the time. Thursdays mornings we arrive around 7:15. When we get there in mid-June at the same time of day, the sun’s been up for an hour and a half. It comes up around 5:50. Now it’s just peeking over the horizon. The first week of November, just before the time changes, will be the latest sunrises of the year. It won’t come up until 7:40! It’s fun watching it change. Anyway, a picture or two. It was cloudy and right at sunrise. This picture is looking east, downstream, toward the sunrise, and it was gray and overcast and nearly monochrome:

This is standing in nearly the same spot, only turned upstream, and there’s a splash of color:

When we head down the river a little, there’s less breeze and the mist lingers: 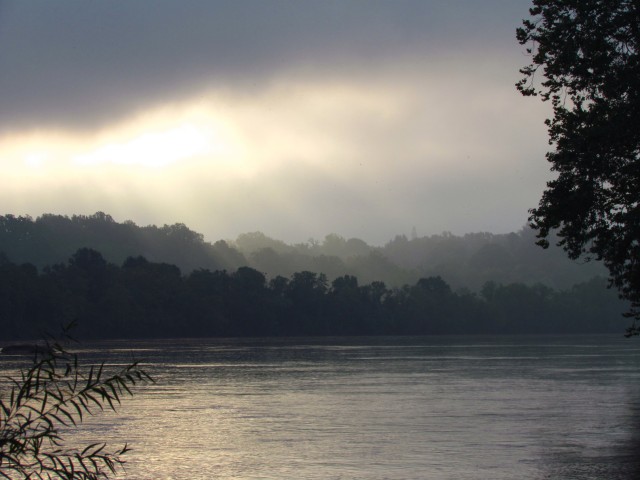 Fading to monochrome again, at least for the time being

That early in the morning color, as you see, is difficult to find. In the winter it will be nearly absent on overcast days. Some of the remaining flowers are whole, but most are threadbare or gone. This one is threadbare but the yellow is so bright:

This flower is quite small but not yet entirely threadbare. It’s perky and cheerful and ready for the sun come out. Which it eventually did: 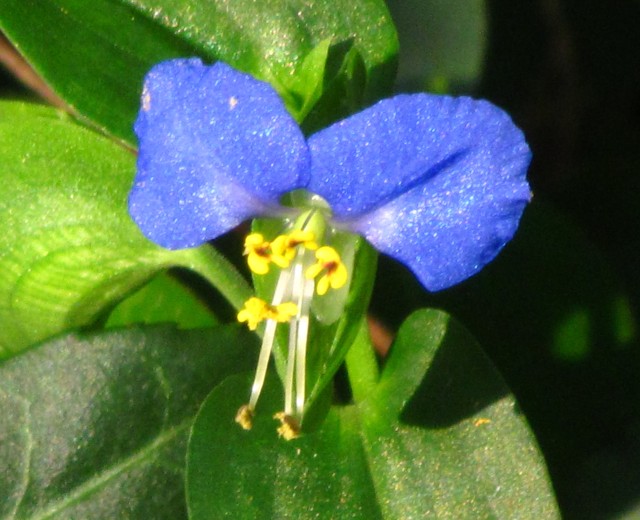 After pondering for some time – these tasks involve an inordinate amount of pondering – I cleaned out my gutters and my shed roof yesterday. I also spent time straightening the tattered remains of my gardening efforts for 2011. I still have a little handful of tomatoes: 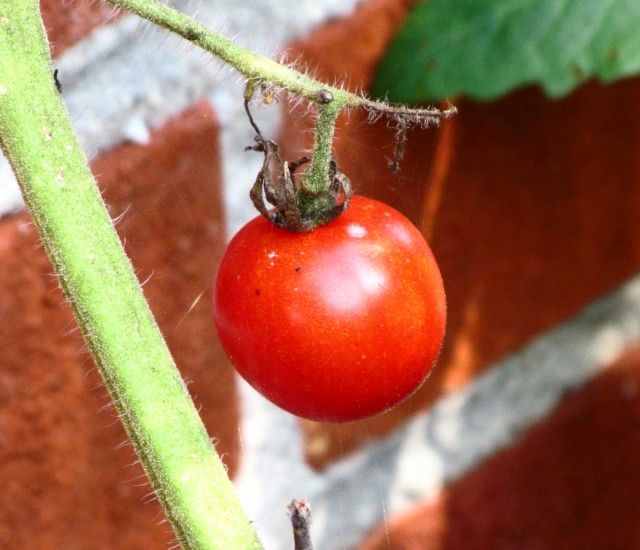 I shouldn’t have allowed my basil to flower but since I did I’ll enjoy it; it looks nice:

Mackey and Roux and Turner are great. This house is never quieter than the day after a river hike. Have a great day,

I am a rehabilitation counselor. I have many friends with autism and traumatic brain injuries. They help me learn new things constantly. I hike with dogs at the James River in Richmond - a lot. I've completed an Iron distance triathlon a year for 11 years. My most recent was in Wilmington, NC in November, 2013. I currently compete in mid-distance triathlons. And work and hike and take pictures and write and eat.
View all posts by Jay McLaughlin →
This entry was posted in Flowers, Fun, Rivers, Smiles (including "dog smiles"!). Bookmark the permalink.

8 Responses to The river this morning